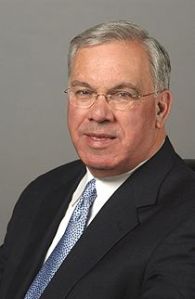 What a performance! You really did it! Who would have expected it all those months ago? Me, that’s who. I always knew, with the leadership and abilities of David Ortez and Dusty Pedro that the Bostons would be able to compete for the World Cup. Tacoby Bellsberry, Shanf Victorynow, and Mark Naples, you will all be remembered in the annals of Boston sports lore.

Of course, you need good throwing to complement good scoring, and we should recognize the contributions of all the great throwers: Lester Johnson, John Larkin, and especially the shutdown reliever, Daisuke Kojihara. I was mayor for the 2004 and 2007 championships, and this team stacks up with all the greats from those teams. Pedro Martinez, Manny Martinez, Curt Republicanguy, and David Ortez.

Finally, I would like to say a big thank you and congratulations to the manager, Will Farrell. Without your leadership, none of this would have been possible. Good luck on your upcoming sequel to Anchorguy.

If I were Queen of England, I would give you all knighthood for the services you’ve provided to our great city. But since I’m not, I’ll reward you the second best way I know how: expediting permit requests for waterfront development.